Seattle Home Show and The Seattle Times Join in Partnership 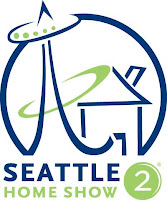 The Seattle Home Show announces a new partnership with The Seattle Times, adding its print and online marketing power to further enhance the show’s dominant industry position in the Pacific Northwest. The Master Builders Association of King and Snohomish Counties remains the Seattle Home Show’s other major partner continuing a long-time relationship.

The Master Builders Association and its member exhibitors will benefit from this new partnership and welcomes The Seattle Times as a co-presenting sponsor. “Our association and our members are excited for this new chapter of Seattle Home Show history to begin. We welcome The Seattle Times as co-presenting sponsor,” said Sam Anderson, Executive Officer.

“We have long served the advertising needs of many of the show exhibitors by helping them reach the highest quality prospects in the marketplace,” said Chan. “The partnership with the Seattle Home Show is a way to further support their success, as well as to help home owners find solutions to their home-improvement needs.”

About the Seattle Home Show:
The Seattle Home Show is the largest, and longest-running consumer home show in the United States. The show has served the home improvement needs of consumers throughout the Northwest since it’s founding in 1939, and continues today with two shows each year. The spring Seattle Home Show – taking place each February – highlights the latest housing trends with Idea Street™, a community of furnished and landscaped model homes. Each October, Seattle Home Show 2 also comes to the Qwest Field Event Center featuring Green Living and environmentally significant developments in the building industry.

About the Master Builders Association of King and Snohomish Counties:
The Master Builders Association (www.MasterBuildersInfo.com) is celebrating its 100-year anniversary by honoring its members, recognizing the role housing has played in our region’s development, and performing 100 community service projects. Comprised of more than 4,200 member companies involved in the residential construction industry, it is the nation’s oldest local home building association affiliated with the National Association of Home Builders.

About The Seattle Times:
The Seattle Times is a 113-year-old, locally owned journalism and community service company. Founded in 1896 by Alden J. Blethen, The Seattle Times is a fourth and fifth generation family business. The family’s flagship newspaper, The Seattle Times, is the largest daily newspaper in Washington state and the largest Sunday newspaper in the Northwest. The flagship Web site, seattletimes .com, is the largest local news information Web site in the Northwest. Other Blethen-owned newspapers in Washington are the Walla Walla Union-Bulletin, the Yakima Herald-Republic, The Issaquah Press and its affiliated community newspapers: the Newcastle News, the Sammamish Review and the SnoValley Star. More company information, including links to the newspaper Web sites, is available at:
http://www.seattletimescompany.com.